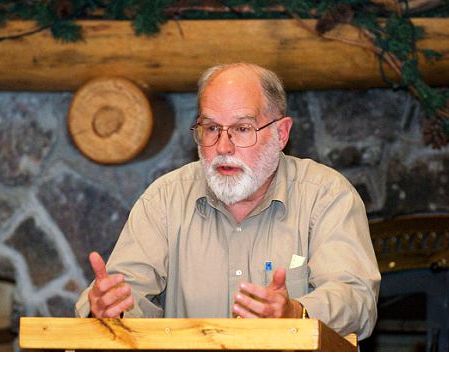 “After several years of getting drawn in to various debates on Facebook, I have come to a conclusion. About 95% of the people commenting care nothing whatsoever about evidence or chains of reasoning or the search for truth. They are concerned only with what statements will make them appear cool, intelligent, or with it to whatever group they are trying to impress.”

The response–an unusually high number of “likes” and not a few comments–suggested I had hit a nerve.  All of those commenting basically agreed with me.  Either I was in the group they were trying to impress, or I had just attracted all the rational exceptions to the rule.  (Either generalization would probably be dangerous!)

The bottom line is that, while there are many exceptions, the level of rational discourse of which our contemporaries seem capable is distressingly low.  Many apparently think that assertion is evidence, insult is rebuttal, shouting is argument, and repetition is exposition.  It’s not just that they try to get away with these substitutions; they apparently really cannot tell the difference.  They respond to the caricature that is already in their head of the position they are arguing against, ignoring the actual argument that has just been placed before them.

How is it that more people are consuming more higher education than ever before while getting so little benefit from it?  There are many reasons.  The expansion of educational opportunity in itself brings a lowering of standards.  Addiction to electronic media has decimated attention spans.  Public figures set terrible examples.  (The entire senate race my state is currently living through consists of one candidate implying that the other is a closet communist and his opponent characterizing him as a Robber Baron; each has called the other a liar, though not in so many words.  Discussion of any actual issues or political principles has been notably absent.)  The media reinforces a focus on soundbytes over reasoned civic discourse. Too many parents no longer teach their kids to practice self-discipline or to take responsibility for their time and be accountable for their actions.  So what’s even a good teacher to do when they get to school?  A climate of Post-Modern relativism cultivates cynicism about truth with a corresponding reluctance to engage in the rigorous disciplines required seriously to pursue it.  All these things make it harder to overcome the basic intellectual laziness and dishonesty that is our legacy from the Fall of Man.

If you have not yet completely fallen prey to these enemies of the mind, push back against them when you have the opportunity and set a better example when you can.  You’d better.  Otherwise these logic-deficient, evidence-impervious, educated morons that annoy you on Facebook will be the people sitting on our juries and electing our next congress and president.  Oh, wait; it’s worse than that.  They already are.

Donald T. Williams is R. A. Forrest Scholar at Toccoa Falls College and President of the International Society of Christian Apologetics.  To order his books from Lantern Hollow Press, go to https://lanternhollow.wordpress.com/store/