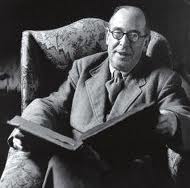 C. S. Lewis, best known as the author of The Chronicles of Narnia, was also one of the most profound thinkers of twentieth century Christianity.  Along with J. R. R. Tolkien, he has inspired millions of people, include all of the authors at Lantern Hollow Press.  On Sundays we would like to take a moment to offer up a little Lewis for your consideration.

The right defense against false sentiments is to inculcate just sentiments.
–The Abolition of Man

Here, Lewis is pointing out the only effective defense against the falsehoods of the world:  teaching the Truth.  This would seem to be so obvious that one would ask, “Where is the profundity in that?”  Unfortunately, if it were that obvious, we would be doing it more often.  Actually reaching that goal, thinking it through to the present and future, really will require a revolution in a modern western church that has abdicated it’s responsibility to teach more than a Sunday morning sermon.  We must “inculcate just sentiments” not just on spiritual issues, as we have for many years now, but on all levels of science and knowledge.  What’s more, the church must take this responsibility onto itself. We cannot rely on others to do it for us.

There was a time in the historical West when the most widely read and educated people resided in the Christian church.  Christians set the standards for research in history, science, and philosophy.  Christians created and discovered knowledge, they didn’t just borrow it and warm it over with their perspective.  Also, for a very long time, first in Europe but also later in the United States, Christian Truth and the Gospel were both at least acknowledged as right even by those who refused to follow them.  People did not object to their inclusion in broader education or government.  While that that was the case, Christians could “safely” delegate large portions of what was rightly the church’s authority to outside entities, like the government schools, and the government would in turn trust the churches to handle important cultural work, like charity.  That system, one could argue, was never very healthy in the best of times, and it led directly to the mess we are in now.

In more recent years, churches have distinguished themselves primarily for how disconnected from the wider culture they can be, especially after the Scopes debacle in the years of the fundamentalist movement.  When they do connect with the world, it is usually in less than positive ways–to copy a music style that secular culture pioneered and Christians only produce in pale imitation or to scream at the government that we are not afforded the special rights of a bygone era.  It is rare to find a truly well-educated, well-rounded pastor who really understands issues of philosophy, science, and technology or who makes any effort to find out about them.  Most sermons and attempts at church education fail miserably from an intellectual perspective, focusing exclusively on relationship building, the all consuming need to be “nice” people, or giving a shallow rehashing of Biblical stories that we’ve heard since childhood.

This has to do with the fact that the culture, by and large, has changed around us.  We no longer live in a “Christian” nation in any meaningful sense of the term.*  That requires a completely different approach to education, charity, politics, and many other topics.  Increasingly, we will need to take our lessons from believers in places like Japan, where Christians account for less than 1% of the population, Muslim nations, or even China. Part of that will involve the church redefining its approach to education while it still can.  It must once again become a center of all knowledge, not simply a purveyor of moralistic tidbits.

What should that look like?  Of course I can’t lay out an entire revolution in 1000 words, but here are some ideas:

I could go on for much longer, but I think the general point is clear:  Lewis is 100% correct that as Christians we must “inculcate just sentiments” into our children and ourselves if we are to hope to survive the next century as a people and as a nation.  We can no longer afford to simply wait on someone else to do it for us.  It’s time for the churches to “summon up the blood” and Henry V put it, and close the breach in the evangelical mind.

Do you agree with me?  Share this article with your pastor, Christian education director, your Sunday School, or your congregation, and see where the conversation takes you.  (Yes, I am enough of an idealist to think that mere blog post could make a difference!)

*Incidentally, I think this is where many Christian political movements run afoul of reality.  It is no longer a question of a “silent” or “moral” majority reasserting control.  The country must be re-evangelized from the ground up.

Click here for the entire run of “Meditations with C. S. Lewis” so far.